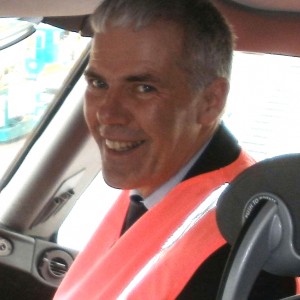 My name is Kevin Byrne, formerly an officer in Irish air force and now a university lecturer, and I am the President Elect of CILT International. This means that in January 2017 I shall take over as President from Paul Brooks, which I regard as a great honour.

Having joined the then Chartered Institute of Transport in Ireland in 1992 as a Chartered Member, I have had a long association with the CILT and served on many committees, working groups and the national council before being elected President for two years, beginning in 2003. I became a Chartered Fellow in 2002 and an International Vice President in 2010; in January 2015 I was appointed as President Elect of CILT International which is a great and challenging privilege.

The CILT has always been an organisation which sees itself as a supporting family and truly a life partner, in that it assists all involved in the world of logistics and transport, regardless of their expertise, experience or seniority. The suite of educational offerings available in all parts of the globe testify to its continued popularity and relevence in a rapidly changing environment.

By serving as a Trustee, I endeavour, as do my fellow Trustees, to maintain in every sense the standards and reputation of the Institute and to protect its assets into the future. It is a fine task to maintain the very high fundamentals that pertain now and will continue into the future.