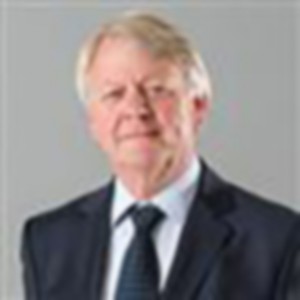 I’ve over 40 years business management experience, much of it gained in the logistics sector. I represent a number of board as, Executive Director for Eddie Stobart Logistics, Chairman for an NHS Foundation Trust, a Board Member for Elupeg, and the founder member of Transaid.

Trustees have responsibility for setting and implementing the strategy of CILT International. As honorary solicitor I advise fellow trustees on constitutional issues, including those relating to establishment of new institute branches, and governance issues around compliance with the Royal Charter and bye-laws.

I joined CILT Australia in 1990 when an executive director of TNT and on returning to the UK in 1992 became actively involved in advising CILT on constitutional issues being appointed honorary solicitor and becoming a fellow in 1993. I have served as a trustee since that time and contributed to debates around strategy and the merger with IOL and, subsequently, drafted the revisions to bye-laws allowing for the franchising of territorial organisations and branches, being responsible for gaining the approval of the privy council.  I continue work with fellow trustees and the international management committee to ensure CILT International achieves its primary objective of promoting the art and science of logistics and transport globally, especially through education in the developing countries, where the skills and experience of members can deliver substantial benefits to communities and economies.